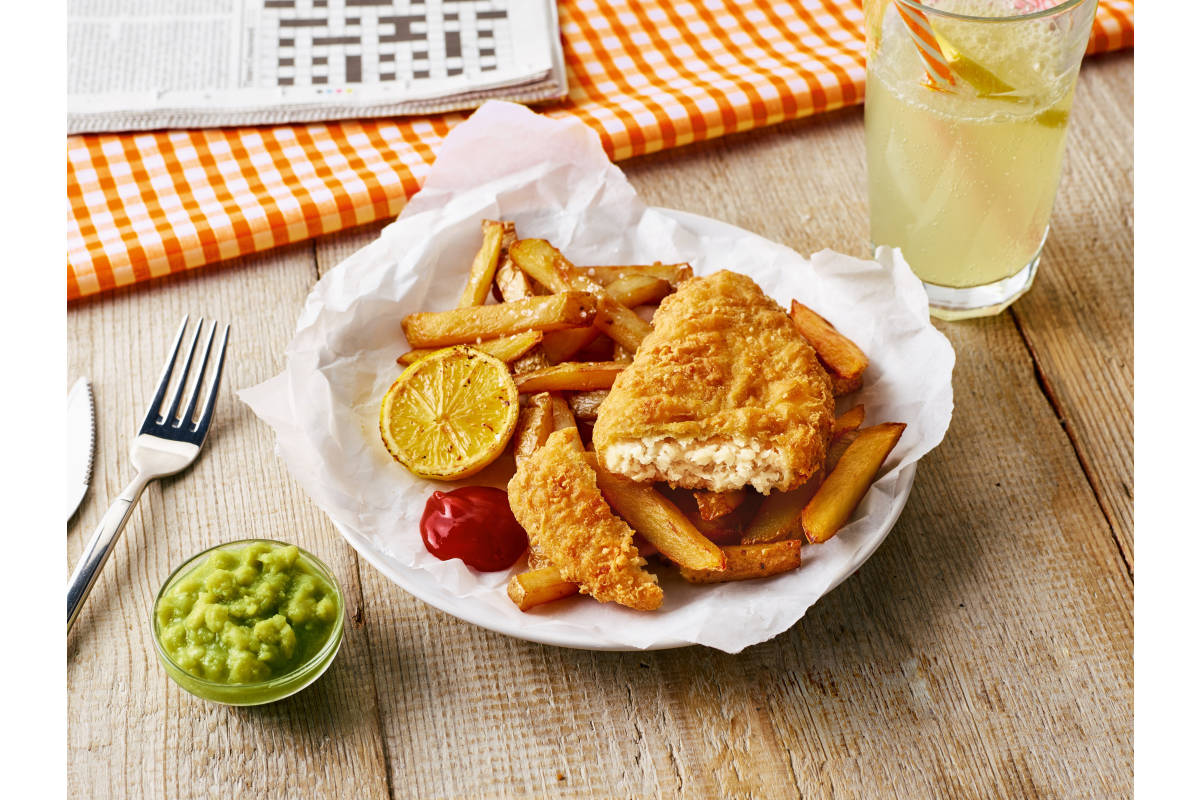 As the global population increases, statistics suggest there is increasing demand on our oceans and seas to produce even more fish. However, Quorn®, the UK’s favourite meat-free brand has come up with a different approach to preserve the resources of our seas and oceans while providing a healthy and sustainable take on Classics British meals. At a time when nearly two thirds of UK consumers (57%)1 believe reducing our meat consumption would be beneficial for the environment and with the majority of the population (52%) actively reducing the amount of meat they eat, the launch of two Quorn Vegan Fishless Fillets, perfect for mid-week dinners, is welcome news for anyone wanting to be a little bit kinder to the planet.

Quorn Vegan Salt & Vinegar Battered Fishless Fillets and Quorn Vegan Lemon & Pepper Breaded Fishless Fillets are low in saturated fat and will line up with Vegan Fishless Fingers to recreate vegan versions of the ever-popular British family favourite…. Fish and Chips. The range will launch in March 2019 and will be available in all major supermarkets nationwide.

This breakthrough innovation means that for the first time ever people can now eat a Quorn version of the British classic fish and chips, one of the nation’s top five favourite dishes2. Quorn has expanded its range as part of its belief that it needs to help the world enjoy a sustainable diet that is not only healthy but less impactful on the planet. As the world’s population increases, sourcing enough fish to feed a growing global population will become increasingly difficult. Food wastage is also a key issue with 27% of landed fish lost or wasted between landing on our shores and being eaten3. In 2016, 171 million tonnes of fish were produced, with nearly 90% for human consumption alone4 – showing just how much we love our fish suppers.

Not only is the launch of Quorn Fishless Fillets good news for vegans who don’t eat fish, but it will also offer choice for pescatarians, vegetarians and the increasing number of meat reducers who are open to vegan products as a way to reduce the impact of their diets on the planet, whilst still enjoying the nation’s favourite dishes.

Geoff Bryant, Technical Director of Quorn Foods, comments: “This Veganuary, we’re announcing the launch of our Vegan Fishless Fillets range, hitting supermarket shelves in March 2019. Quorn has led the way in meat alternatives for decades, and this new range is a British breakthrough in meat-free innovation with incredible taste and texture delivery, that has been five years in the making. The launch marks the next logical step in helping people reduce our reliance on our seas and oceans for protein, instead meeting their desire to reduce their meat consumption and eat sustainably, with this delicious Quorn Vegan Fishless Fillets range.”

Stored frozen, all products in the fishless range are oven-cooked in 22 minutes, making them a great mid-week meal option or weekend dinner idea for busy individuals and families.