Skip to main content
Quorn
Vegan Carbonara with Quorn Smoky Vegan Ham 2.9 out of 5, 1 based on 10 ratings

A quick and convenient mid-week vegan meal, which is ready in 15 minutes! The sauce used is creamy and makes the meal even more delicious. You can add sliced chestnut mushrooms or capers to the sauce for a tasty twist on this vegan version of a classic Italian meal. 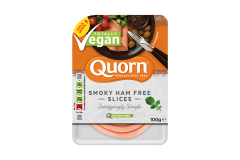 A delicious midweek feast that the whole family will enjoy. Simply simmer Quorn Sausages in a sharp shallots &...

A rich, hearty meat free vegetarian chilli recipe packed with flavour. All the taste and kick of a classic chilli con...

Channel your inner chef and learn how to make these homemade burgers with Quorn Mince and lentils. This is a fun dish...

Bursting with flavour, this sticky sweet and sour Quorn Nuggets recipe is sure to go down a treat with the kids....

Amazing! I am vegetarian, not vegan, so I used milk instead and added in some grana padano cheese and tossed the spaghetti in butter before adding to the sauce.

Not much flavour, very sticky. Followed the recipe but found it to be a sticky consistency. Advice is to add more veggies of your choice for flavour and more soy milk than the recipe states.